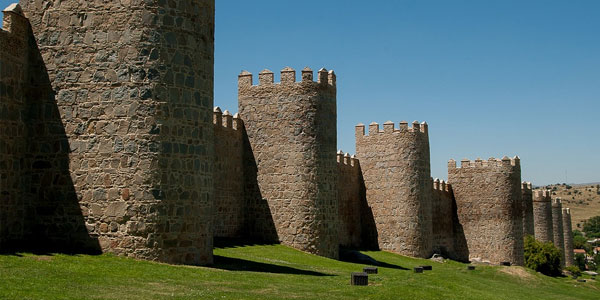 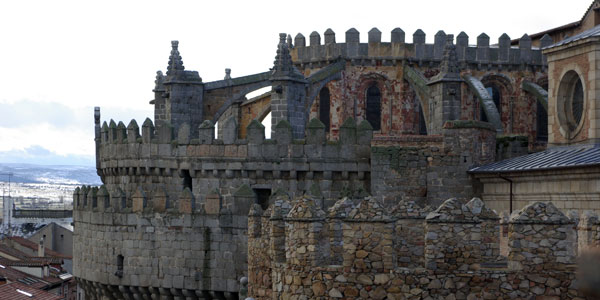 The walls are the most prominent monument that houses the city of Avila. Its importance derives from being the best preserved medieval walled enclosure in Spain and no doubt throughout Europe. After visiting them we will take a walk through the cobbled streets of the historic centre of Ávila where you can find both palaces of the s. XVI as different churches, and the foundations of Santa Teresa de Jesús. This tour will transport you to another time period. There is the option of getting to know the Cathedral as well.

To have a good perspective of both the city and its wall, it is essential to go to the Mirador de los four poles, whose set consists of four monolithic Doric columns joined by an architrave, which holds the shield of the city.