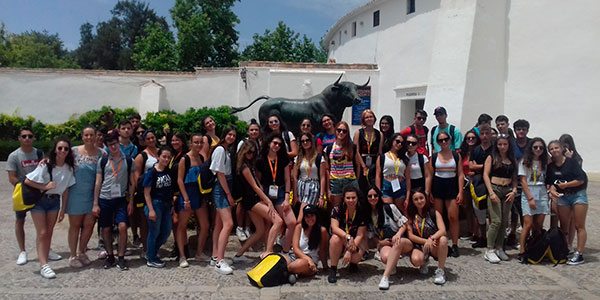 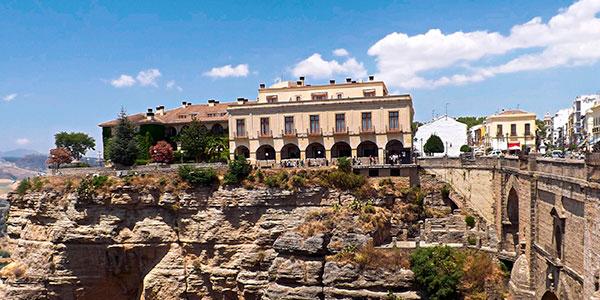 Excursion that includes the bus and a guide in the city of Ronda. We will be there for the whole day, from the time we leave Malaga at 9:00 am until we return to the city at approximately 7:00 pm.

We will visit the historic and monumental city of Ronda for approximately 2 hours, visiting the most outstanding places such as the Plaza de Toros, the Palacete de San Juan Bosco and one of the most photographed places, the New Bridge on the banks of the Tagus River from where you will contemplate the most impressive views of the city.

After stopping for a snack we will return to the bus to go to Setenil de las Bodegas, a village declared a Cultural Historic Site, whose center is embedded under a rock and some of its houses are inside caves.