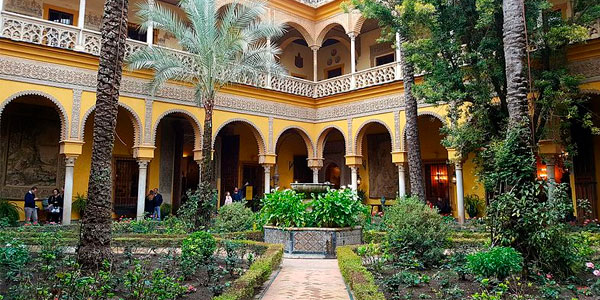 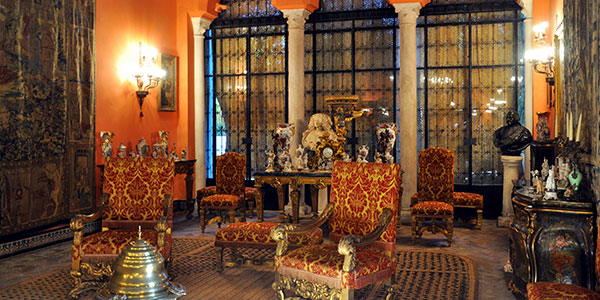 The Palacio de las Dueñas was built between the 15. and 16. century as a Mansion for the Pineda family, the Lords of the House Bermeja and members of the upper class of Seville. The palace is owned by the house of Alba since 1612 and was changed to a residential building in the 19 th century. A curious fact is that during that time, the landlord and manager of the palace was Antonio Machado Álvarez, father of Antonio Machado, one of the most famous Spanish poets, who was born on these premises.

In the 20th century, the palace was a meeting point for the members of the European Dynasties and of various famous personalities in the fields of culture, politics and art from all over the world. The palace was also visited or inhabited by famous personalities like the empress Eugenia of Montijo, Jacqueline Kennedy and Grace Kelly and her husband the Prince of Mónaco.