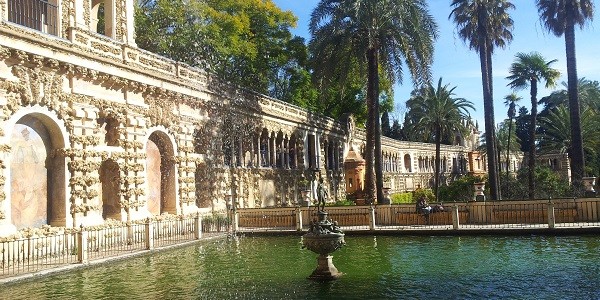 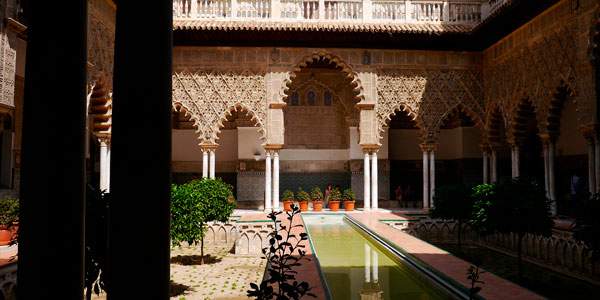 The Real Alcázar is cultural world heritage site and one of the oldest still inhabited places in Europe, because the royal family still resides here when they visit the city. Influenced by the different cultures that called Seville home throughout the years, the Alcázar is a faithful witness of Seville’s history, marked by cultural diversity and a rich heritage.

The Alcázar is an architectural work of art composed by an ensemble of palaces surrounded by a wall in the heart of the city. It’s construction was started in the year 913 by order of the Caliph Abderramán III and has been expanded and influenced by different styles from Islamic over Mudéjar, Gothic and Renaissance to Baroque.