A.- Course in the development of intercultural competence

Course aimed at teachers of Spanish as a foreign language, living outside of Spain.
A largely practical course, made up of many activities directly applicable to the classroom. Each section includes around 5 activities and offers plenty of material to be used in day-to-day classes.
In an increasingly globalized society, where relationships with people from other cultures are growing in frequency, it has become essential to acquire and develop skills to help us get by with ease in these cultural encounters and to be understood, to communicate successfully.
Unfortunately, when we communicate with people of a different culture, we don´t always take into account the series of values, beliefs, ways of thinking, feeling and behaving that are present in the encounter, in addition to the language, and that, at times, the other person doesn’t share. In such situations where two ways of perceiving reality collide, the interaction can even be frustrating.
Contents
Course aims

The primary objective is to improve intercultural communication, considering it as a social phenomenon, and as a situation characteristic of the Spanish language class, and to develop the intercultural competencies of the students. We want to delve into studying the consequences of cultural shock and communication difficulties that arise from a lack of knowledge or a poor grasp of sociocultural skills in students’ intercultural interactions. Throughout the course, the teacher will learn to face situations involving cultural misunderstandings, as such problems arise due to students’ difficulty to understand unfamiliar situations, whether they involve speaking or not. This misunderstanding is often due to a lack of experience of such situations or a lack of awareness of their existence.
Within this concept of interculturality, we’ve included the knowledge of diatopic variety in the Spanish language, in order to work on expressing oneself in a way that differentiates ‘s’ and ‘z’, and that integrates the pronunciation of the ‘ll’ sound as a ´y’ (yeísmo), as well as the inhalation of the letters ‘s’ or ‘r’ so that they aren’t heard. This linguistic variety in the Spanish language can be explained by cultural fusion of the past, given the existence of cultural communities as varied as those in the Caribbean, the Andes, Pampas or Andalusia.
The course is practical in nature as we want it to be of specific use to teachers of Spanish as a foreign language, and for it to help them in their profession.

B.- Course of methodology of teaching spanish and use of new technologies

Course aimed at teachers of Spanish as a foreign language living outside of Spain.
Participants will have the opportunity to reflect and evolve their methodologies and techniques teaching incorporating the necessary knowledge to bring the use of new technologies to the classroom to a Students who live connected to social networks and technology in general.
Contents
Course aims
Requirements

Course aimed at teachers of regulated education.
The CLIL methodology is characterized by its innovative model where students improve communication skills in other languages, while reinforcing curricular content in other areas.
The aim of the course is for the participating teachers to become familiar with the methodology, learn to apply it and reflect on their role as a teacher in the current educational system.
Contents
Course aims 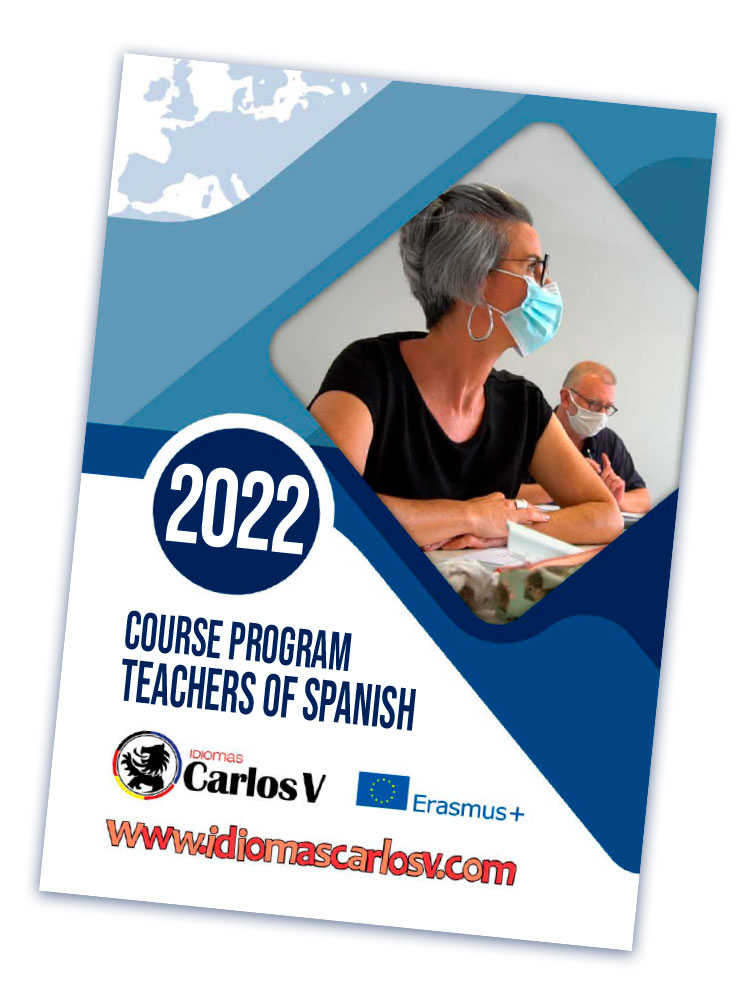